Like many venues, the Eden Project in Cornwall is planning to reopen on the 17 May. It will be the new home for the National Wildflower Centre that was previously based on Merseyside. The centre has bold plans ‘of reversing ecological decline and bringing wildflowers back into the UK’s living culture.’ 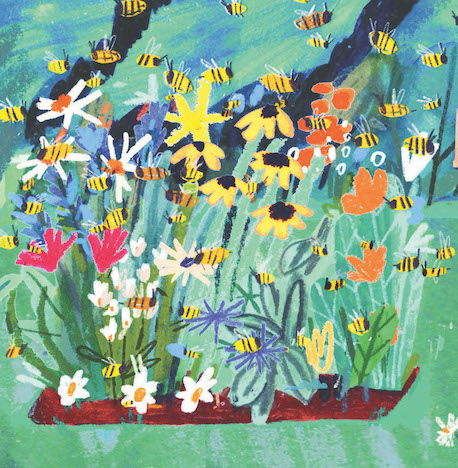 As part of its remit, the centre will be establishing creative conservation projects in urban and rural areas across the country. Its stated aim is, above all, ‘to use wildflowers to bring biodiversity, delight and colour into the lives of communities, bridging social divides and stereotypes.’

One such community is the fictional one I created in Omar, the Bees and Me, published last month by Owlet Press and illustrated by the wonderful Katie Cottle. The publisher has put together some lovely outdoors-based activities inspired by the book. They are free to download on their website. And Katie has made a video to share how she paints her flowers so beautifully.

The book is narrated by a little girl called Maisie and charts her involvement in the creation of a wildflower ‘bee corridor’ in the neighbourhood around her school as well as her flourishing friendship with a new boy in her class called Omar. The story explores themes of sustainability, family, the transformational power of friendship and the connections that exist between people from all over the world.

The story starts with Omar bringing a slice of his mum’s honey cake in for show-and-tell – and accordingly we included a recipe for the cake at the end of the book. It’s perfect for sharing! 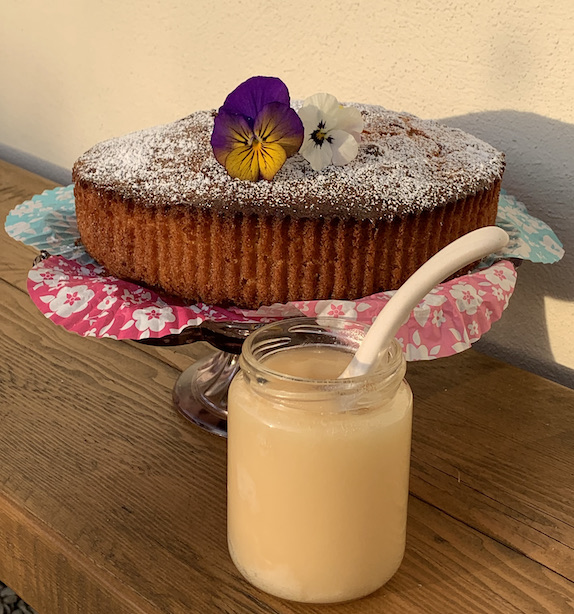 It is estimated that 97 per cent of our wildflower meadows have disappeared since the 1930s. A staggering statistic and a catastrophe for the pollinating insects that called these places home. There’s still time to sow wildflower seeds now and see them bloom during the summer months. Each of us could play our part in restoring lost wildflower habitats and make an important contribution to the biodiversity of our surroundings.

I am looking forward to the cornflowers, clover and wild marjoram from my Omar, the Bees and Me ‘seedbom’ . . . it’s still a little early for those but the daffodils and tulips in my garden have already been attracting early-riser solitary bees.

It’s great for me to see Maisie and Omar out in the world and I hope that their story will help children to see that they can make a difference in all kinds of ways. Books can sow seeds of understanding and imagination, cultivating a curiosity in growing minds.